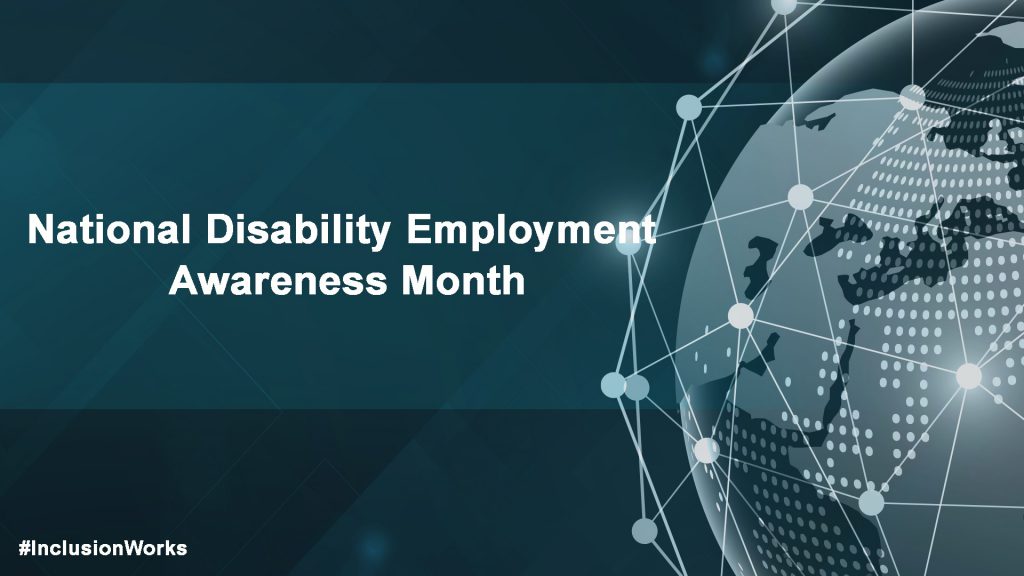 As we near the end of another October, many of us are looking forward to the spooky festivities that come with the Halloween season. While we look forward to enjoying a good scary movie with friends and family ourselves, we want to take a minute to acknowledge another important facet of October. Specifically, at United Smart Tech, we have joined numerous organizations around the world in recognizing October as National Disability Employment Awareness Month.

This initiative represents a nation-wide commitment to a robust and inclusive American labor force, which helps to make all of us better. While we often talk about diversity and inclusion within the workforce, we often fail to recognize the significant contributions provided by those with disabilities and celebrate the contributions that they provide. This is especially true in the field of technology, where the push for inclusion and diversity is more important than ever.

According to the U.S. Census Bureau, individuals with disabilities such as deafness, blindness, or conditions like autism and Asperger’s syndrome make up over 5% of the United States workforce. Despite the push for economic inclusion, you may be surprised to hear that those with disabilities are far less likely to be gainfully employed than their counterparts.

In the technology community, we have collectively been making slow and steady progress in this area. Despite the reality that promoting diversity in this industry can sometimes be an uphill battle, it appears that attitudes surrounding the inclusion of those with disabilities are starting to shift. For example, initiatives like the annual list of top workplaces for disability inclusion are working to raise awareness in this area.

We can all likely agree that creativity and innovation are a few of the core values that have helped make the United States technology industry one of the most robust economic sectors in the world. This fact alone provides strong support for the inclusion of those with disabilities throughout the technology industry.

It has been shown that people with disabilities tend to approach problems from a unique standpoint, which can provide a massive boost to any organization. In other words, having a disability can make individuals stronger problem solvers, which in turn promotes the sort of creative and innovative thinking that has allowed American technology companies to create some of the most impactful products and services ever conceived.

Looking forward, it is essential to recognize that the technology industry’s inclusion and diversity problems will only be solved by intentional efforts. Whether or not we want to admit it, unconscious bias can sometimes play a role in hiring decisions. To fight this trend, we must all work to be mindful of how our organizations approach hiring new employees and strive to include those with disabilities.

The inclusion of individuals with disabilities can be a real asset in the workplace, as outlined by Jim Gibbons, a blind engineer from Purdue and the former CEO of Goodwill Industries, in an often-cited op-ed. After all, if technology companies want to continue creating innovative offerings for the foreseeable future, they will need great problem solvers as a part of their teams.